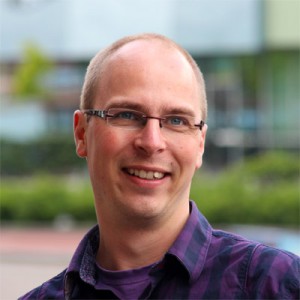 In 1983 I started using the computer for the first time, I was three. playing games with my father on our first computer.

After that My interest for computers only grow especially when in 1987 I got my first own PC a 8088 5Mhz CPU  with two 10MB winchester drives an 5,25inch floppy drive and a vga card.

I learned how to work with MS-Dos 3.1 build my own menus’s with Basic and played al kinds of games.

In the next years my skills changed more to networking and to create IPX/SPX lans to play with my friends and started using the internet dialing in on a nice 9600Bps modem blocking the phone line all day.

With those skills I started out in 1999 in the Office automation where I learned a lot about more complex networks, Novell, Windows Networks an my first steps in the world of linux (Suse 7.0).

In 2004 IT was enough, time to change everything and I started my Bachelor Social Studies. When i Finished  my study 2009  I became freelance web developer and Video Artist, but Freelance wasn’t the right choice for me. I kept some clients but in 2010 I started again in IT, but this the in the Webhosting World.

I still work as an Technical Support / System Engineer at the same Hosting Provider.